Did this answer your question?

Thank you, your ticket has been marked as resolved!

If you have any further questions, please reply via your recent email from us or alternatively submit a new request to our Support team here.

Sorry we couldn't solve your issue here! Your original request has been received and we'll get back to you as soon as possible.

Articles in this section

Can't find what
you're looking for?

GoBot can help you answer your
questions, but first we need to
know how you use GoCardless.

On rare occasions, we will receive a late failure report from a customer’s bank outside of the expected timeframe indicating that a payment, previously marked as successful, in fact failed.

You can find more detailed information on late failures here.

This report will typically occur one working day after the confirmation date and will result in a failed event being sent, as well as a late_failure_settled and paid_out event. e.g. 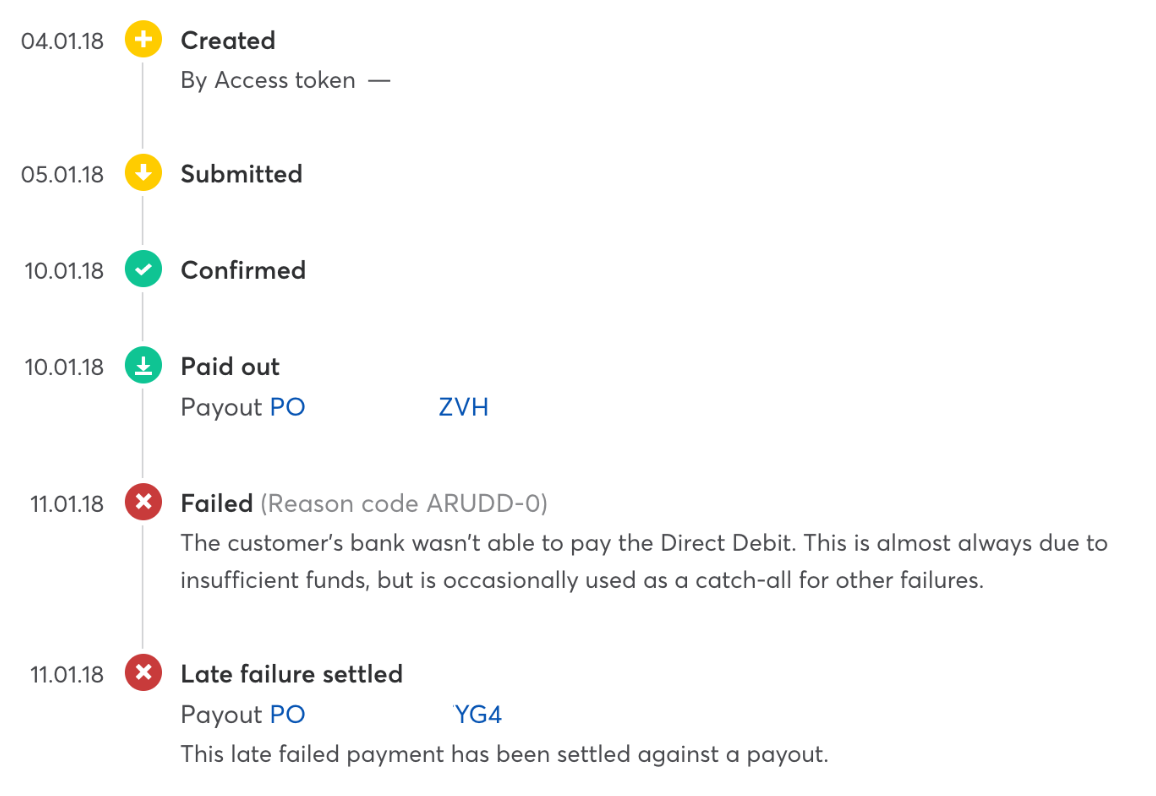 The initial paid out event needs to be sent to show that the funds were initially collected before they were settled against a later payout, as opposed to us just collecting the funds back from you without having collected them in the first place.

Please note, these may arrive out of order and/or in separate requests.